I’m very proud to announce that Keep It Usable have won the WIBA award for best online/digital business in the North West! WIBA stands for women in business awards and representing Keep It Usable was of course me! Lisa Duddington.

I’m incredibly proud of Keep It Usable and everything we continue to achieve. Right from the beginning, huge brands were trusting us with their projects and it’s testament to our knowledge, passion and skill.

As for women in business and male dominated industries? I say go for it! Yes I’m often the only woman in a room full of techy guys but it doesn’t bother me one bit, my opinion is respected because I know what I’m talking about and being a woman brings the advantage of seeing things a bit differently, especially in terms of the customer.

Finalist in the national WIBAs

The winners of each region are now interviewed and taken through as finalists for the national awards which are held in November. I’m really excited and proud to be representing the online/digital sector. I can’t wait to meet all the other successful and inspiring ladies! 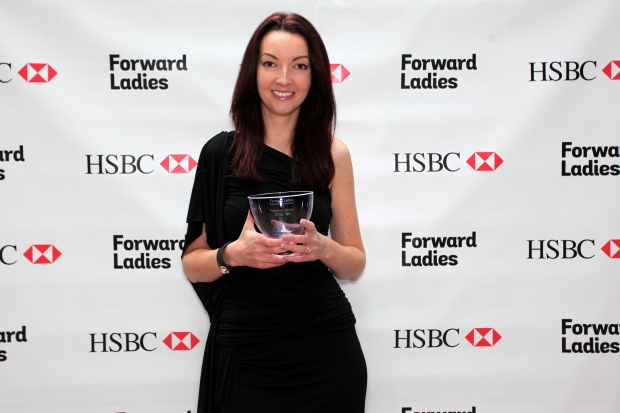 If you were reading the MEN newspaper on Saturday, you’ll have spotted me in an article about the mobile health app, Clintouch. The app was designed by Keep It Usable, and recently won an innovation award as well as being the subject of a meeting hosted by David Cameron’s senior health policy advisor at 10 Downing Street, to consider the impact that digital technology could have in improving the nation’s health.

Clintouch is one of the first apps being prescribed by doctors to patients to aid early intervention. Currently prescribed to patients with psychosis, the app could ultimately save the NHS millions by enabling earlier treatment before a patient becomes seriously ill.

The app asks mental health patients to record their mood using a simple, easy-to-use daily diary on their mobile. Patients can then see how their moods change and gives them the ability to be more in control of their illness. Also, if the app records a pattern or consistent low mood, their doctor is automatically alerted. 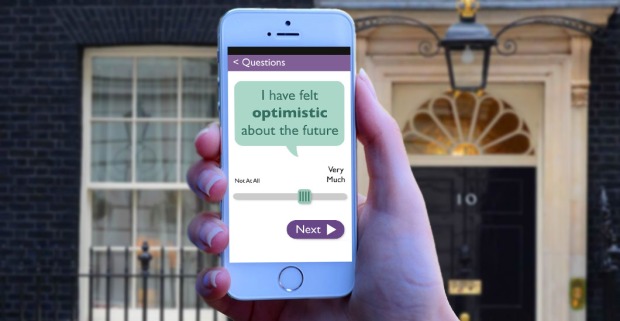 To increase engagement and continued longer term use, the app was designed to be very easy to use. This is really important for anyone with mental health issues – the last thing they need is a frustrating to use or confusing app! Emotional engagement was also deemed important to aid longer term use, so we added personalisation features, such as the ability to choose a background photo or upload one of your own – something that will motivate the user. The app also contains motivational quotes and messages.

Cintouch is the creation of Manchester University and was thoroughly tested with psychosis patients. It is now being trialled in several NHS trusts with great success. 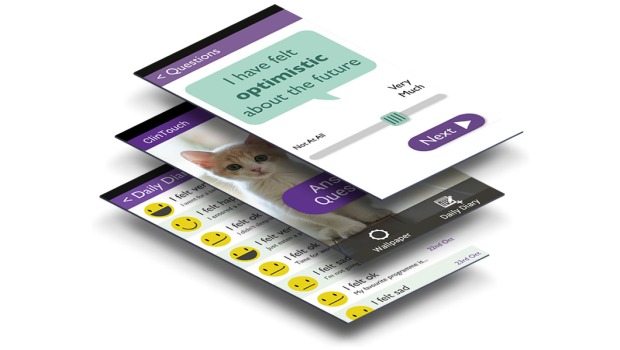 There is a great deal of scope for health and wellbeing apps to improve our lives, cut NHS costs and improve the relationships we have with our doctors. However, it is crucial that these apps are designed by professionals in collaboration with health experts so they actually work and have a high level of efficacy, otherwise they just join the thousands of health apps already in the app store that are downloaded and never used.

Independent research that we conducted with users of health and wellbeing apps showed that there is a great deal of distrust and disengagement with health apps (caused by the quality of apps in the marketplace at the moment). Users want trustworthy apps that are easy to use and will do what they claim to do. Clintouch is hopefully the first of many apps that bridge the gap between patient and doctor and make a real difference to both the NHS and people’s lives. 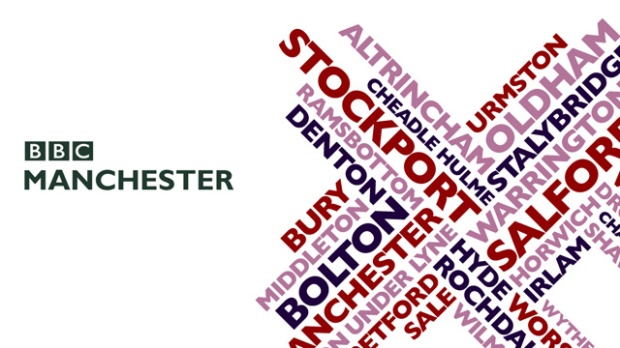 I’ve been super busy recently which you can probably tell by the infrequency of my posts. As a business, Keep It Usable, has grown phenomenally this year and we’ve been working day and night to make sure we do great work for every single one of our clients. We genuinely care about every business we work with and we deliver high quality work for every single client. It’s something I’m passionate about, especially with the growing amount of people entering the ux industry with no formal training or experience. It puts businesses at great risk and damages the ux profession as a whole.

I’m a mentor for the UXPA and I’m in great favour of a regulatory body / chartership to distinguish between different levels of professionals. It’s difficult for me to read between the lines of someones cv or other agencies claims of ux so I can’t imagine how hard it must be for someone commissioning an agency to know who to believe and trust. In fact, one of our clients had a bad experience with quite a well known ux agency. They were failing in their capacity on a number of levels including the delivery of work, so we were called upon to effectively rescue the client, takeover the work and meet the deadline which was by this point very tight. Of course we hit it, and they were incredibly pleased with the work, so much so that we’re now partners. But what is concerning with this story is that even agencies you should be able to trust, because they are well known, you can’t. It really is a minefield out there.

It’s because of our commitment to our clients that we’re going from strength to strength and I’m honoured to be shortlisted for two Women In Business Awards: SME and International business. Keep your fingers crossed for me! 🙂

I’ve also been invited as a guest on BBC Radio Manchester tomorrow morning. I’ll be choosing several stories form the days papers to chat about. I don’t have much time to watch the news these days so it should be interesting!

What better way to start the year than a guest appearance in The Guardian!

They seem to have cut the photo in a way that looks like my head’s been chopped off, so erm, just ignore that and read what I say instead 🙂

Read the article and check out my chopped off head on the guardian.co.uk >>>

I conducted a quick piece of research on the BBC Home page as part of an event called BBC Connected. Did you know it’s the third most visited home page? Yet only a very small percent of visitors actually use it? As our research discovered, most people bypass the page completely, preferring to use the navigation bar or a direct url (usually saved as a bookmark). Here, we share our findings and a few of our design proposals to improve the user experience of the BBC Home page, in particular under-served audience(s).

How do you use the BBC website? Do you ever look at or click on items on the home page? Have you used it more or less since the last redesign? I’d love to hear about your experience. Share your story using the comment box below. 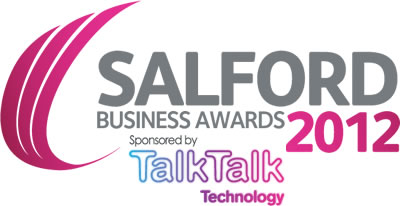 You may or may not be aware that I run a Manchester UX and Usability Agency called Keepitusable (keepitusable.com). We started the business in late 2010 after lots of people told us we should! So, the business was built very much on our existing reputations as great designers and user researchers. I’m predominantly the lead on anything to do with users, research, psychology, ergonomics. Ricardo has more UX and UI design experience than anyone I know so he leads all our design and prototyping work.

Our magic is the unique mix of our skills and experience plus our equal male/female balance that gives us the ability to see things more completely from the audience’s perspective.

We’re really pleased to have made the final four for 2 Salford business awards; Rising Star and Entrepreneur. It was very competitive and we had to really prove the value of user experience during the interviews. This can be quite tough as any UXer will know! At first it was clear they thought we were developers or graphic designers which is understandable as people always try to make sense of something new by comparing it to what they already know – mental models anyone?

Please keep your fingers and toes crossed for us and hopefully we will win at least one of the awards. The finalists are incredibly diverse so it will be interesting to see who wins! 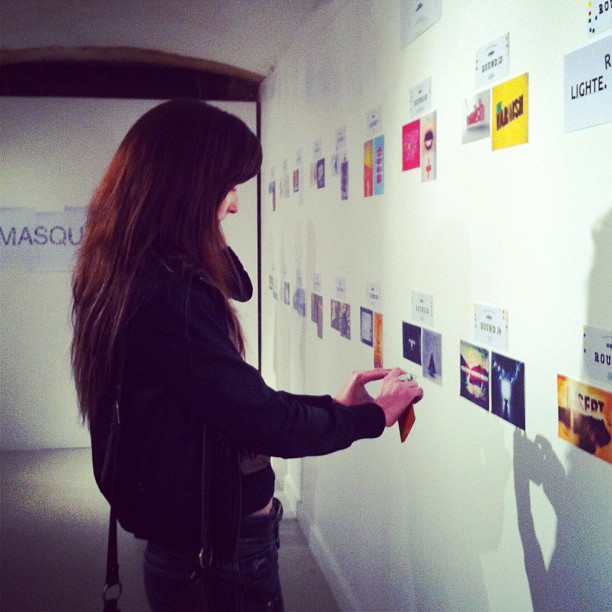 I’ve been featured on Creative Boom talking about the amazing Salford University Carnival held at Islington Mill this week. We had a great time! Below is an extract of the article and if you want to read more just head on over to Creative Boom.

Representatives from key Manchester and Salford agencies attended the event to inspire and look for the next generation of fresh talent. Keepitusable, Magnetic North, Design by Day, Eskimo Creative, and Code ComputerLove were just some of the industry experts to attend the event.

Lisa Duddington, co-founder of Keepitusable Salford’s first user experience design agency whose clients include the BBC, saw the event as a valuable opportunity to connect with and inspire the next generation of designers.

“It’s so exciting to be part of this event! We know how difficult it can be when you’re first starting your career, so we’re eager to help students and graduates to gain the valuable experience and knowledge they need to succeed in what is an incredibly competitive industry.

We have a fantastic relationship with Salford University and are proud to be able to offer both their students and graduates incredible opportunities to gain industry experience.”

Exclusively designed just for Keepitusable, click on the screenshot below to go to Keepitusable where you can download our (free) exclusive christmas wallpaper for your desktop, iPhone, Android mobile and even your iPad! I’ve got it on my Android device and it looks great! 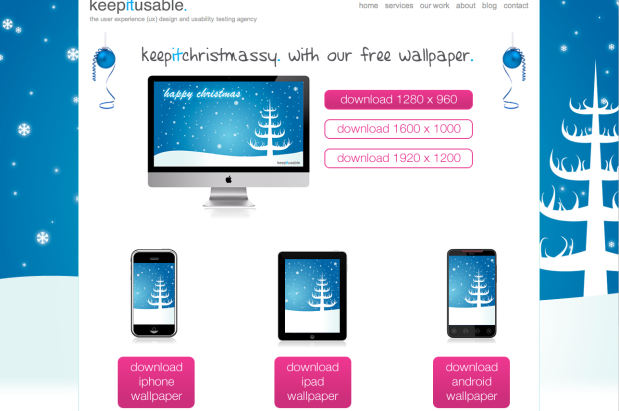